The town of San Clemente was created during the colonial period by virtue of a Royal Spanish Decree on November 14, 1876.

Story passed from one generation to another indicate that this town was so named as a bestowal of people’s gratitude to the heroics of a figure who emerged with a sword in hand battle-ready sentinel at the approach of the bridge separating Tarlac from Pangasinan. This giant figure scared the advancing bandits that saw them scampering in different directions. Thus, foiling the sinister attempt of these bad elements from ransacking the town as it was their usual operation during the time. Upon witnesses’ account, the man was later identified with high degree of certainty as Saint Clement of Rome.

The Philippines’ cessation to the U.S. in 1898 relegated the town to a mere barangay of Camiling for reason of underdevelopment. Two years later, however, civil government was restored throughout the archipelago. The inhabitants of San Clemente led by Don Jacinto Dumlao, made representations with higher authorities to re-establish the “municipality” status of the town. This objective they later on achieved during the latter part of 1914 by virtue of Act No. 82 of the Philippine Commission upon the express orders from President McKinley of the United States of America.

Records indicate that the early settlers of this town, said to be the Dumlao, Trinidad, Loria, Espiritu, Martin, etc., were mostly of the Ilocano stock coming from the Ilocos Region in a quest for better economic opportunities in the abundantly fertile agricultural lands. These prominent people are indeed endowed with the vision to transform their adopted abode into a wholesome place to live. Thus, local governance has always been viewed at the socio-economic development perspective. The local chief executive position then did not only entail the laborious task of administration but also the shelling-out of sizable pecuniary contributions to pursue a project … up to the extent of donating tracks of land for public utilization. The public plaza, market, municipal building, school buildings, church, etc. are constructed on donated lands.

Structures in the locality reminiscent of the past era of colonization such as church, school buildings, houses, bridges, etc. have gradually given way to the modern day’s engineering designs for relative purposes. The venerable tradition of the Filipino hospitality however, remained alive and in practice – where every visitor is genially accorded the honored guest treatment.

These days, the descendants of the early families still maintain their residency to perpetuate the legacy of productivity left by their ancestors. Consciously instilled, industry, which characterizes their Ilocano predecessors, is likewise evident. Through the years, the industrious townspeople toiled enough to realize the economic sufficiency everyone aims for. Modesty aside, modern day technological advances for domestic comforts are ubiquitous in majority of the households. While at the outset, the people rely mainly on farming as a source of livelihood; nowadays, local labor resources have gone their way overseas for better and more lucrative opportunities to improve their lot.

The municipality owes its growth mainly to the industry of its townspeople and to the public officials who took the cudgel one after another in the quest for prosperity. The election held in 1915 catapulted the first highest municipal official by the title, Presidente Municipal, the equivalent of Municipal Mayor in today’s structure.

The birth of San Clemente as a town may be traced as far back when the locality was a mere sitio of the old town of Camiling, and when those early pioneers made use of the kaingin system in cleaning the land which was once covered with dense forest.

The region is situated on the foothill of Zambales mountains where bushes are plentiful. Historical records on file in the municipality of San Clemente show that the early settlers of this town were mostly of the Ilocano stock who have come from Ilocos Norte and Ilocos Sur, as adventurers in pursuit of fertile agricultural lands.

To this day, descendants of these early pioneers families still live enjoying the fruits of their labors and sacrifices of their ancestors like the Dumlao Clans, Martins and others.

Boundary Dispute: This long continuing boundary dispute between the Province of Tarlac and Pangasinan, where each desires not to give the fight over the contested land (2,474 hectares) sandwiched between the two interested towns of Mangatarem and San Clemente. Both parties are presenting strong evidences to support their claims. The conflict then was in the hands of Malacañan where His Excellency, the President of the Republic entrusted the boundary dispute case to a technical committee created by him under administrative Order No. 232, dated January 29, 1970. 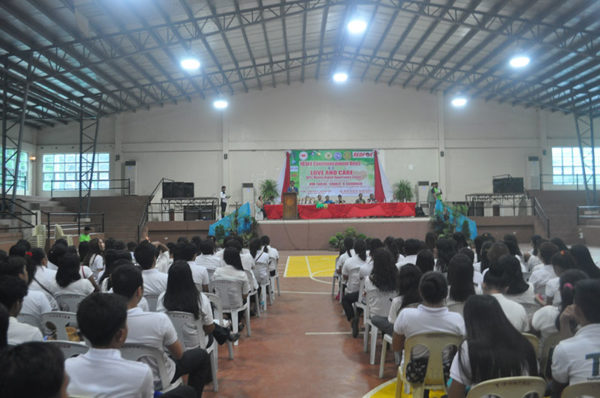